The religious upheaval provoked by the dissolution of the Byzantine Empire, and Russia’s political instability during the Sixteenth and Seventeenth centuries, led many dispersed Knights to seek refuge in the Patriarchates of Alexandria, Constantinople and Antioch.
Around 1660 Dimitrij VII Dimitrevic’, Grand Duke in exile of the Imperial House of Russia and descendant of Ivan and Zoe’ Paleologina, had established himself in Enos in the Ottoman Empire, where the dispersed Knights gathered around Him seeking protection. He organized and led them with prudence and wisdom, earning their gratitude and devotion until they proclaimed Him Grand Master of the Order.

Dimitrij VII Dimitrevic’ incorporated the Order in His House and rendered it dynastic, revising the Statutes and rendering the Grand Mastership hereditary in His Family. 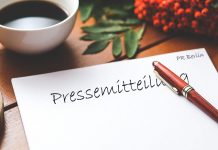